Hello and Happy Monday!  This week's challenge was to use the Posy Mix and Match collection from Outlines.  The hardest part of this challenge was to pick just one!  I really love these images because they are so versatile!  You can do so many different techniques with the posies and leaves. 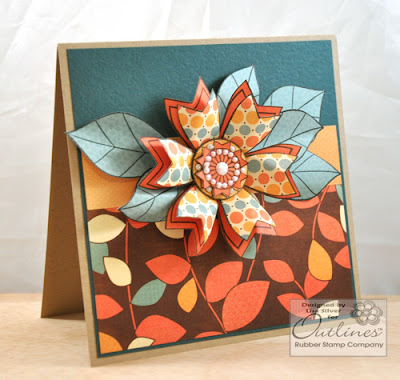 The base of my card was built with the lovely Peachy Keen KaiserCraft patterned paper.  The rich colors and the leaf pattern were a perfect fit for the Posy Leaf (F-1045) and the Jagged Posy Lg (G-1030).

This card has a few techniques tucked into it.  I stamped the flower and leaves on various patterns from the Peachy Keen paper pad for a form of paper piecing.  Then, I trimmed pieces of the flowers from the image to make this a dimensional card.  I added lots of lift to this card with 3M mounting tape.  And I don't think I've been able make a single card without the Viva Decor pearl pens either... it's just amazing!  The pearls hold their shape and are in such wonderful colors!

You can see in this next picture that each layer was gently bent. 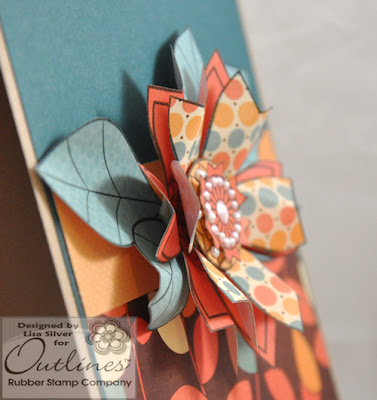 I hope you'll stop by and visit the rest of the team for more inspiration:

This work is licensed under a Creative Commons Attribution-NonCommercial 3.0 Unported License.

Stamps and other products shown on this blog may have been donated for promotional purposes by the company(ies) named in the post.